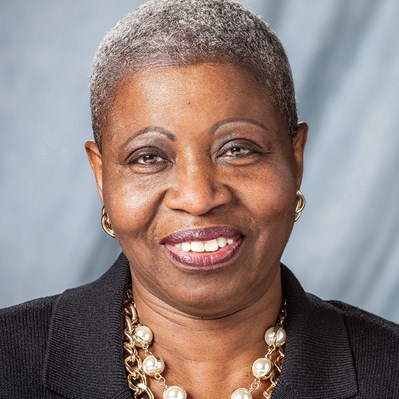 As vice president for inclusion, diversity and equal opportunity and professor of English at Case Western Reserve University (CWRU), Marilyn S. Mobley provides strategic leadership for developing and maintaining a welcoming environment for faculty, students, staff, and alumni. Under her leadership, the university has received national and local recognition for its programs, policies and practices, and she has been elected to the board of the National Association of Diversity Officers in Higher Education. Prior to working at CWRU, Mobley served as provost at Bennett College in Greensboro, North Carolina. Mobley also worked, for 19 years, as an English professor at George Mason University in Fairfax, Virginia, where she earned tenure, became the founding director of the African American studies program, and later served as associate provost for educational programs. Mobley is a published author and Toni Morrison scholar, whose teaching, research and scholarship spans over 35 years.

"From my own love of learning to my father's stories as an educator and school board official, I have known I would be a teacher. While completing my degree at Barnard in English and education, I did student teaching at JFK in the Bronx and realized I knew how to reach students in ways that others could not," Mobley said. "I have developed a keen eye for both the individual and structural, systemic barriers to academic success and I have mentored and encouraged others over the years to do the same. Having been educated in predominantly white institutions—Barnard, NYU and Case Western Reserve University—and having taught at historically black institutions and at predominantly white ones, I know that our curricula has not always adequately prepared our students to deal with the cultural differences they face in the classroom, on the playground, in the meeting room, or the boardroom. I have made intentional, strategic moves in my professional life to become part of the solution and develop my leadership skills as a change agent. With each role I have taken, I have discovered that educating this and the next generation is still the most important work in the world."

"At this point in my career and life, I am more eager than ever to share what I have learned and participate in constructive ways to being a change agent in higher education," Mobley said. "In many communities around our nation, there is a brain drain, a lack of appreciation for young people and the resilience they bring to life, and a lack of imagination about how we can create meaningful change in our schools and on our college and university campuses. I serve on boards in which the collective wisdom of sound minds around the table is evidence that truth-telling and creative thinking can begin to shift our policies and practices and meet the serious need our country has for an educated citizenry. Our democracy will thrive only inasmuch as we begin to address the disparities in education that plague us now. The honor of being in dialogue with others who care as deeply as I do would give me hope for our nation's youth. Moreover, I know the change we want to see will require multiple perspectives, ideas, and strategies. I'm convinced that now is as good a time as ever to take the dialogue to another level."

Memberships held with other professional associations: