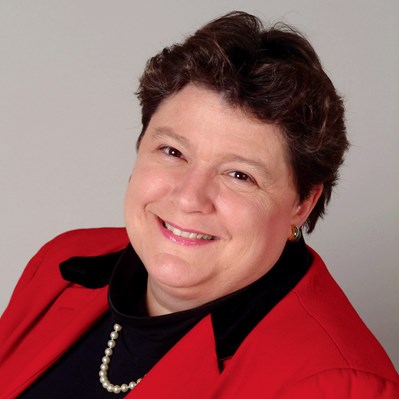 Patricia McGuire has served as president of Trinity Washington University for 28 years. In this role, she has led the university through a paradigm shift in its student population. Trinity's students today are low-income — with about 80 percent Pell-eligible students in the full-time women's college — predominantly black and Latina women, and some men in adult programs. McGuire has focused heavily on advocacy for strengthening student financial aid programs at the federal and local level, as well as fundraising for scholarships and managing institutional discount practices. With the provost, deans, and faculty McGuire has also overseen large changes in curricula and programs to ensure greater success for low-income students, and has led teams working in partnership with local public schools and college access providers.

"My first job after law school was working with a clinical program at Georgetown called Street Law, in which law students taught in the DC public schools — a position that established my interest in the education of students in the city," McGuire said. "I started fundraising to help maintain our program, and soon I became the chief development officer for Georgetown Law, which introduced me to university-level issues. Then Trinity, my undergrad alma mater, called on me to accept the presidency in a time of some crisis, and since that day in 1989 I've been both a student and activist for institutional change to better serve low-income students."

"Politically and socially, we face a critically dangerous moment for higher education and the students who depend on federal and state student financial assistance," McGuire said. "The proposed new Higher Education Act raises many issues of concern, including targeting Minority-Serving Institutions in a pernicious way. The reauthorization process and subsequent regulations could further undercut financial aid for the very students who need more aid, and aid delivered in more creative ways. Making sure students who need financial assistance to succeed in college is a major focus on my work, and the [Higher Education Committee of 50] aligns well with that goal."